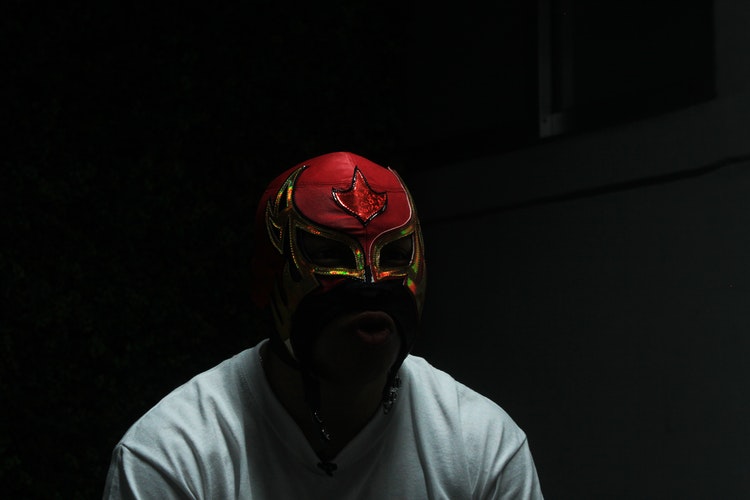 Life is a box of chocolates, you never know what you are gonna get. Well time tells the originality of this phrase. Check out the list of top 10 unluckiest lotto winners, who made it through winning but luck got them down. In case you needed to check teatime results and lunchtime results, check on our website. 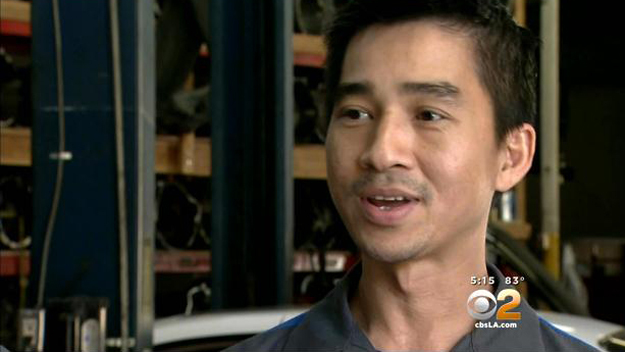 Hung Nguyen is a hard-working family man from California who got lucky when he bought a winning Powerball ticket. Unfortunately the timing was bad, Hung was visiting Vietnam and didn’t know that he had the winning ticket. He discovered his good fortune only upon returning to the USA several months later to find his face all over the news. Lottery officials released a security camera video of him purchasing the ticket hoping that this would help them track down the winner .Unfortunately Hung’s luck ended with the purchase and it was bought months ago when couldn’t locate his ticket anymore. He tried to claim the prize without the actual ticket but that is against the rules and the rules were not bent for this case. Unable to find the ticket before the deadline winner was never able to claim his prize. 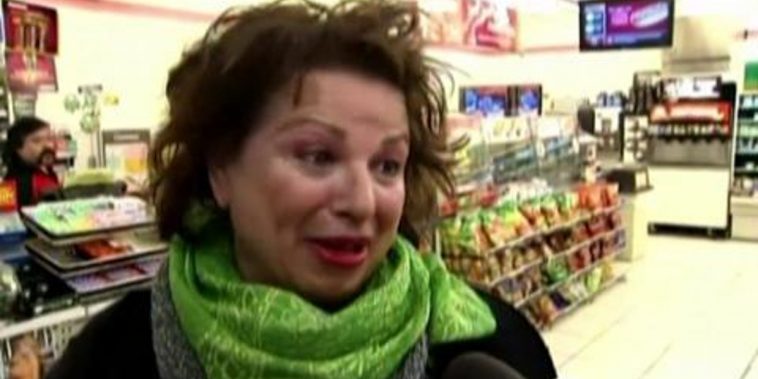 Denise Rossi is a Californian woman who felt trapped in an unhappy marriage, fortune smiled at her when she won the lottery. Her lucky lottery ticket was worth 1.3 million. When she cashed it in she decided not to share the good news with her husband on the contrary she decided to divorce him. She left him without a word, the husband was suspicious but still agreed to the divorce without much discussion. When he finally found out about her fortune and what it was that gave her the courage to disappear from his life he sued her for not disclosing the information in the divorce settlement. And he won the lawsuit and took every penny she had one away from her by the court’s order. That’s money in hand that was never yours, sad. 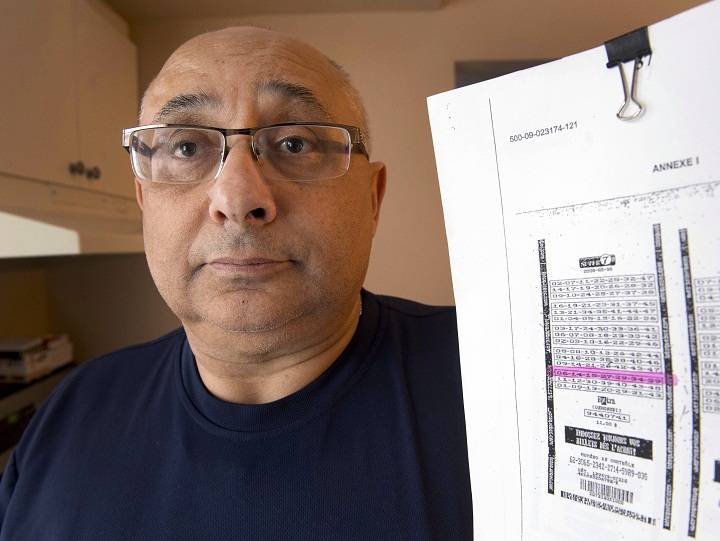 Joel Ifergan is a Canadian man who has been involved in a seven-year-old unsuccessful lawsuit with the goal being getting the money he had won on the lottery. Ifergan purchased the winning ticket at a local convenience store just a few minutes before 9:00 p.m. which was the deadline for the ticket registration. He bought two tickets out of which the second ticket (the 27 million dollar one) was registered seven seconds after the deadline. Because of this transaction Ifergan was awarded nothing the man however found this to be a great injustice and decided to sue in order to get his full prize. Seven years later the Supreme Court did not rule in his favor and he is now left with a mountain of legal fees. 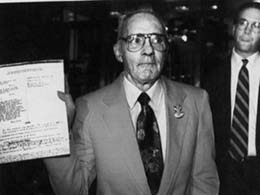 In 2004 an elderly Indiana citizen got his 15 minutes of fame on television. 73 year old Carl Atwood went on a lottery game, won 170k dollars and filmed for TV. Sadly the day that Atwood got lucky was also the last day of his life, that same evening he went to a grocery store to do some shopping, while he was crossing the street only a block away from his home when he got hit by a truck. The intersection was badly lit and Atwood was wearing dark clothing which made him impossible to spot for the truck driver who was just turning the corner when he accidentally ran the recent lottery winner over. 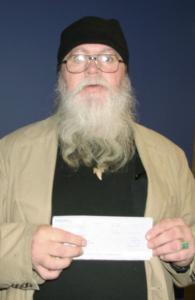 Timothy Elliott is a man from Massachusetts who had a history of mental illness. He was diagnosed with schizophrenia personality disorder and was known to get into trouble. On one occasion he robbed a convenience store only to take all the money and buy all of the lottery tickets they had to offer. He didn’t win anything but he was taken to prison where he was given minimal jail time due to his illness. He was however given mandatory mental health counseling and put on probation which banned him from leaving the country, alcohol or drug consumption as well as gambling. During this probation period Elliott purchased another lottery ticket and won a million dollars. But sadly after he had cashed in his ticket, his photo made it to the papers which led to him being recognized as buying a lottery ticket is considered gambling Elliott was taken back into prison and his winnings were forfeited. 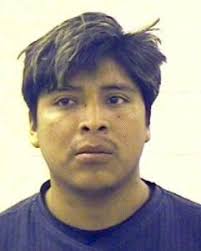 Jose Antonio Cua-Toc was a refugee from Guatemala who moved to the USA in pursuit of the American dream & finding a job. He was satisfied and seemed to be doing well only to reach the peak of his US dream by winning the lottery Cua-Toc got lucky and won $750,000. Cua-Toc was an illegal immigrants and thus he was afraid that being a lottery winner would draw too much attention to him. Trying to avoid the unwanted spotlight he asked his boss who knew of his situation to cash the ticket in for him, the man agreed and he did cash the ticket. But the boss decided to take the money for himself and disappear. Cua-Toc was understandably outraged and continued to hunt and sue his former boss over the winnings during the trial which he consequently won. He lost a huge portion of the winnings on lawyer fees and most importantly revealed himself as an illegal immigrant. He got picked up of what was barely left of his money and he was forced to leave the country.

A young man from Wichita Kansas, who made his living working at the local sonic burger stand bought a lucky scratch ticket which won him $750,000. He picked up his winnings at the lottery office where he got a bonus lucky lottery winner t-shirt. He sported the t-shirt and went on to make his first purchase with his newfound wealth which turned out to be marijuana and methamphetamine, when he went home with his judgment clouded from the tasting of the goods he had acquired he reloaded his butane lighter standing right next to a gas stove. This resulted in an explosion that destroyed most of his house but luckily left him alive, unfortunately for him what survived with him was just enough drugs to give police reason to arrest him right after he came out of the hospital. 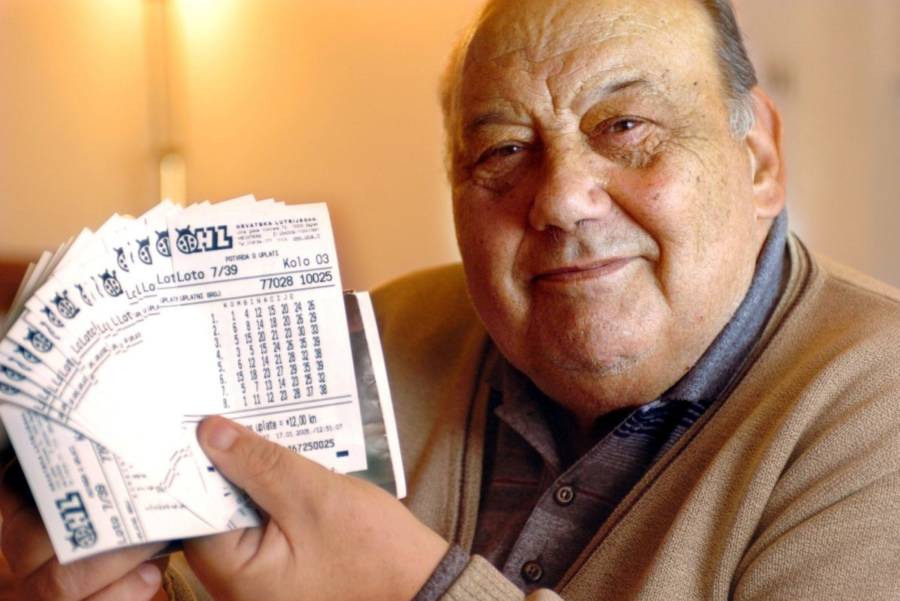 Frane Selak from Croatia can either be regarded as luckiest man in the world but we just couldn’t leave it out of this one. Selak has a bad habit of getting into trouble his entire life, coming face-to-face with death far too often. This music teachers string of near-fatal accidents started back in the 1960s when he was travelling on a train from Sarajevo to the Dubrovnik when the train suddenly derailed and plunged into an icy river killing 17 passengers but not Selak. The following year Selak flew to reject when the cockpit door was blown away killing 19 passengers and leaving Selak with minor injuries as he miraculously landed in a haystack. In 1970 he managed to escape minutes before his car exploded due to a faulty fuel pump and three years later another one of his cars caught fire with him losing only his hair and other than that being completely fine. Twenty years later he was hit by a city bus and in 1996 he drove off a cliff to avoid an accident on the road and managed to survive that as well(is he deadpool or something?). In 2003 however his string of unlucky misfortunes ended when he won a million dollar lottery. 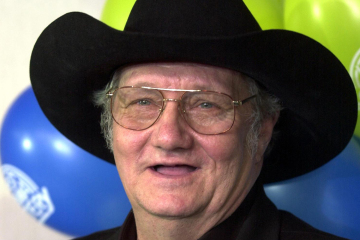 Andrew Jack Whittaker was a construction company president from West Virginia worth 17 million dollars. When he hit a 315 million dollar Powerball jackpot the wealthy man was now even wealthier but decided to share the wealth his luck had brought him. Whittaker donated 10% of his winnings to Christian charities, 14 million to his Jack Whittaker Foundation and bought the woman who sold him the lucky ticket, a 123 thousand dollar house a new Dodge Ram truck and gave her $50,000 in cash however his kindness was not returned with kindness. But rather the opposite, what followed in Whitaker’s life was a string of misfortunes he was robbed multiple times and had his bank account emptied by thieves and his car being broken into on multiple occasions. His granddaughter and her boyfriend died from a drug overdose and his daughter died only several years after the tragic incident. Whittaker is allegedly broke now and known for giving way to an alcohol addiction as well as a bad habit of frequenting dodgy strip clubs. 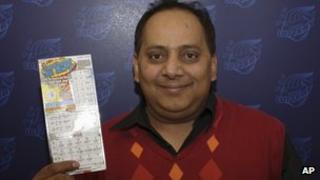 Rouge con from Chicago wasn’t a fan of the lottery but in June 2012 he decided to try his luck. Amazingly the one and only ticket he bought turned out to be a lucky one, Khan won a million dollars. Khan decided to pick up all of his money at once but his wait for the check was cut short as he was pronounced dead the very next day, his death was ruled the death of natural causes due to heart arteries and several basic tests were run to confirm this. His relatives were still suspicious and they insisted on in-depth toxicology scans and a more thorough autopsy. Their hunch turned out to be right as Khan was actually a very rare victim of cyanide poisoning, the suspicion that he was murdered for the large sum of money that he had won was confirmed when someone cashed his winnings. Two months later the murderer was never discovered.

PrevPreviousWhat Do I Need With Accident Compensation?
NextLotto Variations And TipsNext